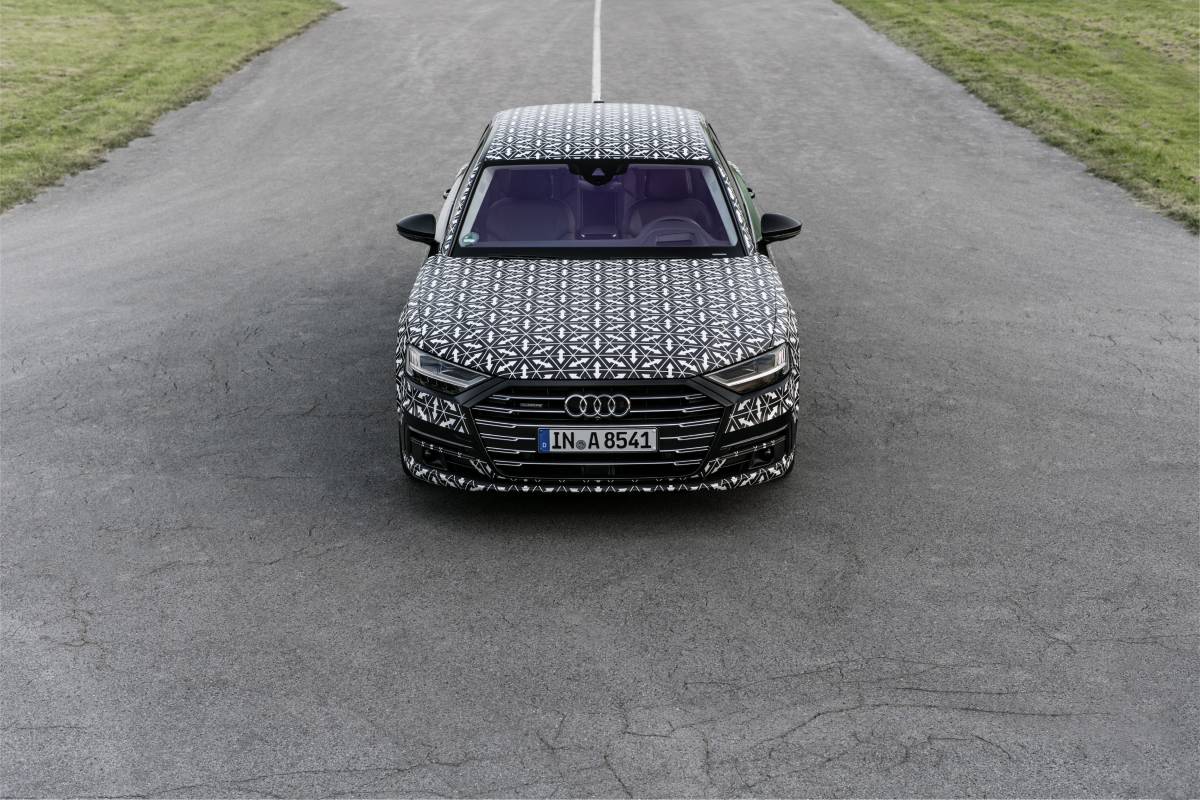 The all-new Audi A8 comes with a powerful new navigation system, developed in collaboration with HERE Technologies.

When HERE and Audi began work on the Multimedia Interface (MMI) for the Audi A8, our aim was to combine the most advanced navigation and location technology with a new user expeww.audi-mediarience that is more personal and useful throughout the day.

That experience begins with the Audi smartphone companion app, powered by HERE’s Auto SDK. The app has been bridged with the MMI. With the app, a driver can search for a location on their phone, save it, and send it to the car before they leave their home. When they get behind the wheel, the destination will pop up in the Audi MMI. A single touch confirms it, and the route guidance begins. 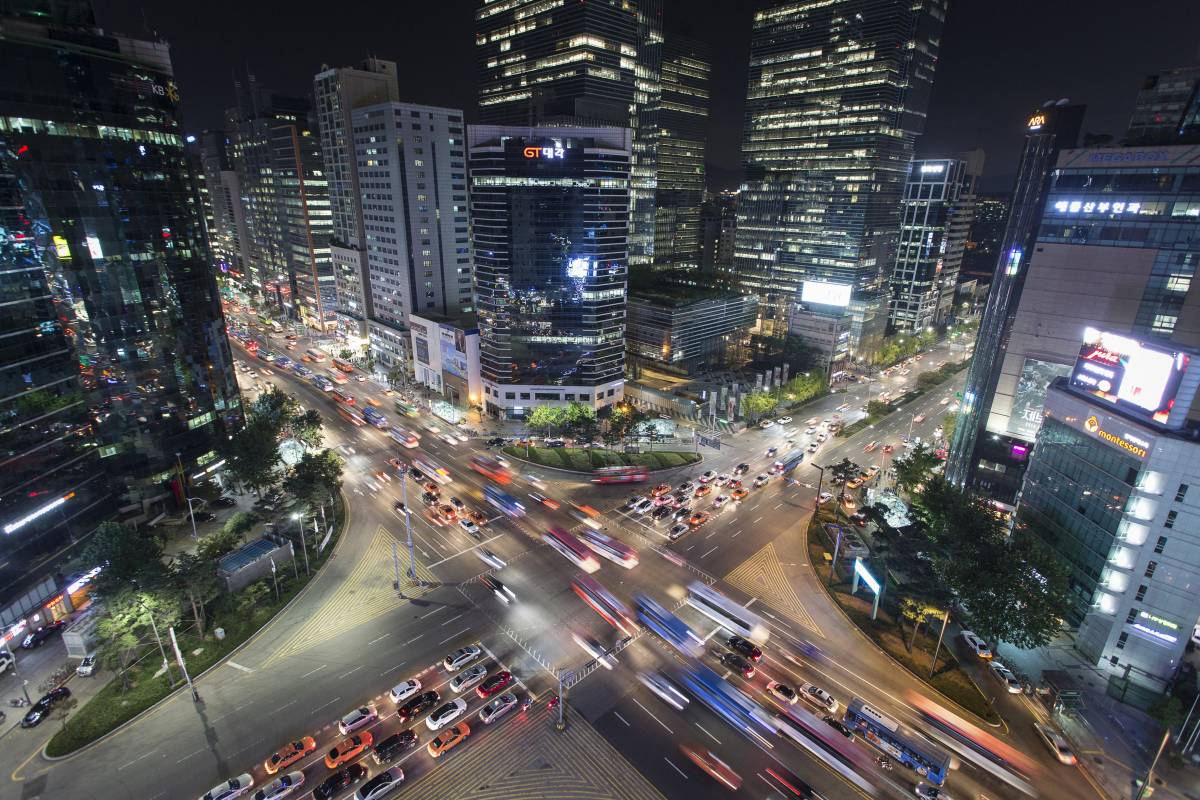 Especially in large cities, finding the right route can be difficult and stressful. HERE maps tackle that problem by making well-known landmarks visible within the maps for example.

Over time, this new system will become intelligent about the driver’s trips and commutes, and will provide optimal routes based on road conditions and live information about potential delays. This enables what is called predictive navigation, which extends how the technology assists drivers beyond the vehicle. 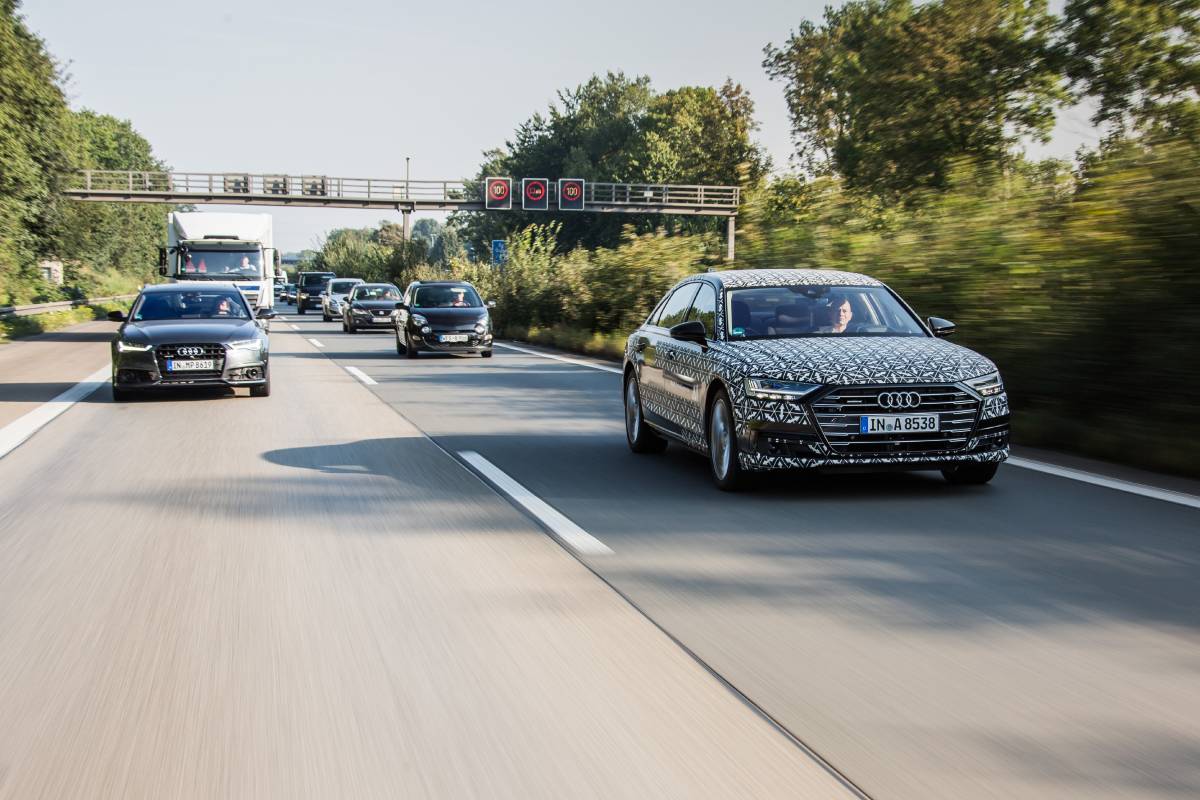 Over time, HERE maps will become more intelligent. Based on live information and driving habits the system can provide optimal routes to avoid potential delays.

As an example of how this can work, the system may predict you’ll be driving to work on Tuesday morning around 7:45AM. On one particular morning, the system may detect that there are significant delays on your normal route. It will then send an alert to your smartphone and advise that you may need to leave early, or take a different route to reach your destination on time.

Once inside the Audi A8, drivers and passengers will find several new features. One example is 3D street level navigation. The maps in the MMI will present easily recognizable landmarks to assist with orientation. The design of the maps was carefully considered to provide helpful details to assist driving directions without being distracting from the road ahead. 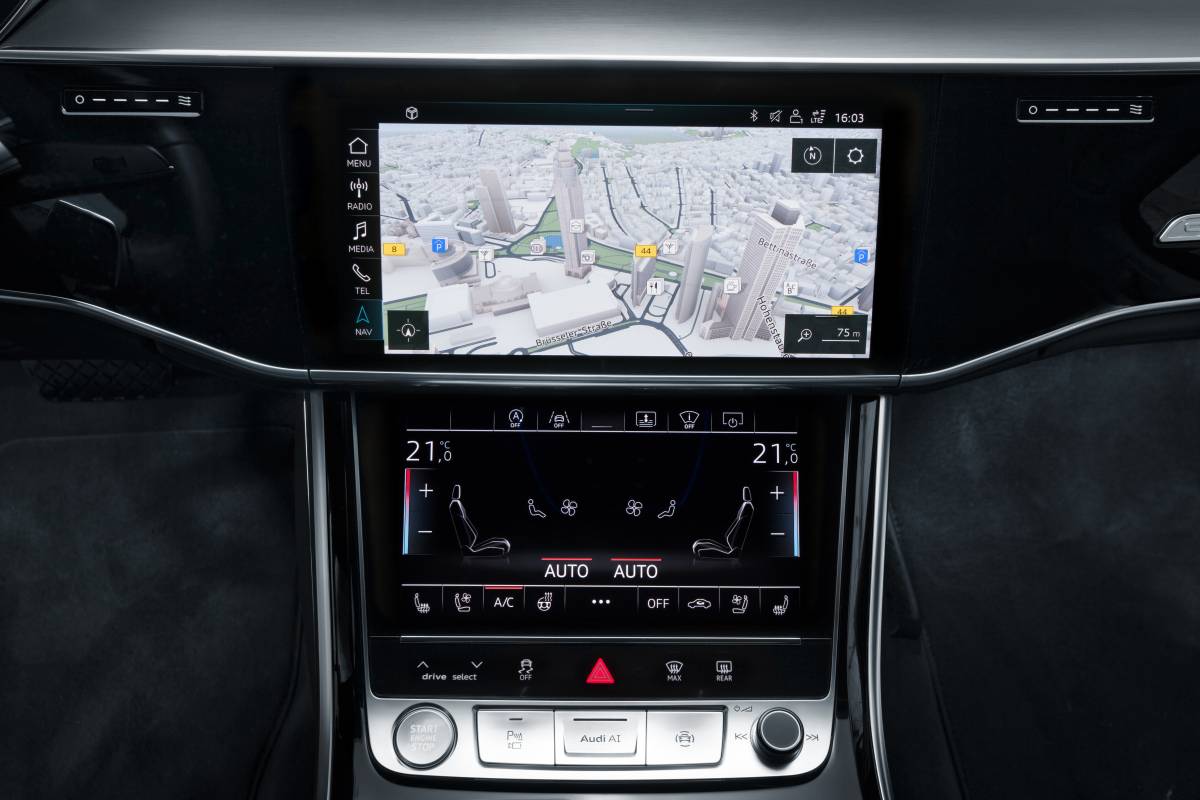 This is what the new navigation visualization in the all-new Audi A8 will look like. The touch displays make it easy to browse through the menus and the 3D maps help with orientation.

All the screens in the Audi A8 are touch-enabled, so drivers and passengers have a new level of intuitive control over all of the car’s systems. A user can change a route simply by dragging it with a finger. Similarly, a user can tell the system that they want to avoid a certain road. The system will immediately respond with alternative routes and traffic information.

In the rear seats, each passenger has an Android powered tablet with access to the same maps and live traffic information as the driver. In addition to accessing the vehicle entertainment system, passengers can find new destinations and send them to the driver to change or update routes. With the high standards for the user interface design comes the high standards of data that HERE provides to Audi. 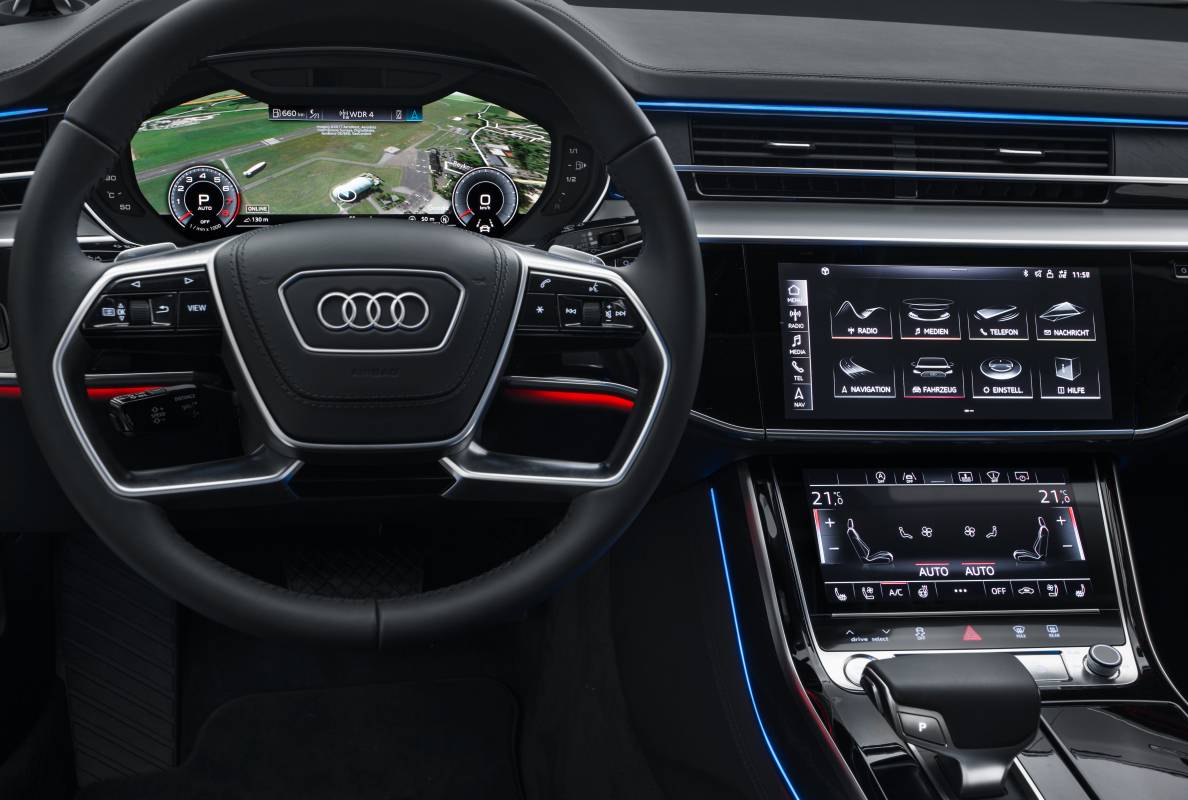 The new navigation system will also be accessible via the virtual cockpit.

Behind the wheel, the Audi A8 provides predictive model of the road ahead. That model is generated by Electronic Horizon software. The Electronic Horizon effectively allows the car to see several kilometers down the road in real time by combining two data sets. The first data set is the detailed road information, like lane configurations, elevations and geometry. The second set is dynamic data, including traffic conditions, potential hazards, and speed limits.

HERE maps will be added to various VW group models

With both data sets combined, more actionable data can be provided to the driver and the car’s Advanced Driver Assistance Systems. This enables features like predictive cruise control – where your speed isn’t a fixed pace, but is dynamic based on the speed limit, the cars around you, and the oncoming road conditions.

The A8 is the Audi’s flagship, and is the perfect vehicle to introduce the newest MMI. Over time, the navigation and location technology that HERE provides will be added to additional Audi models as well as select vehicles produced by the VW group.