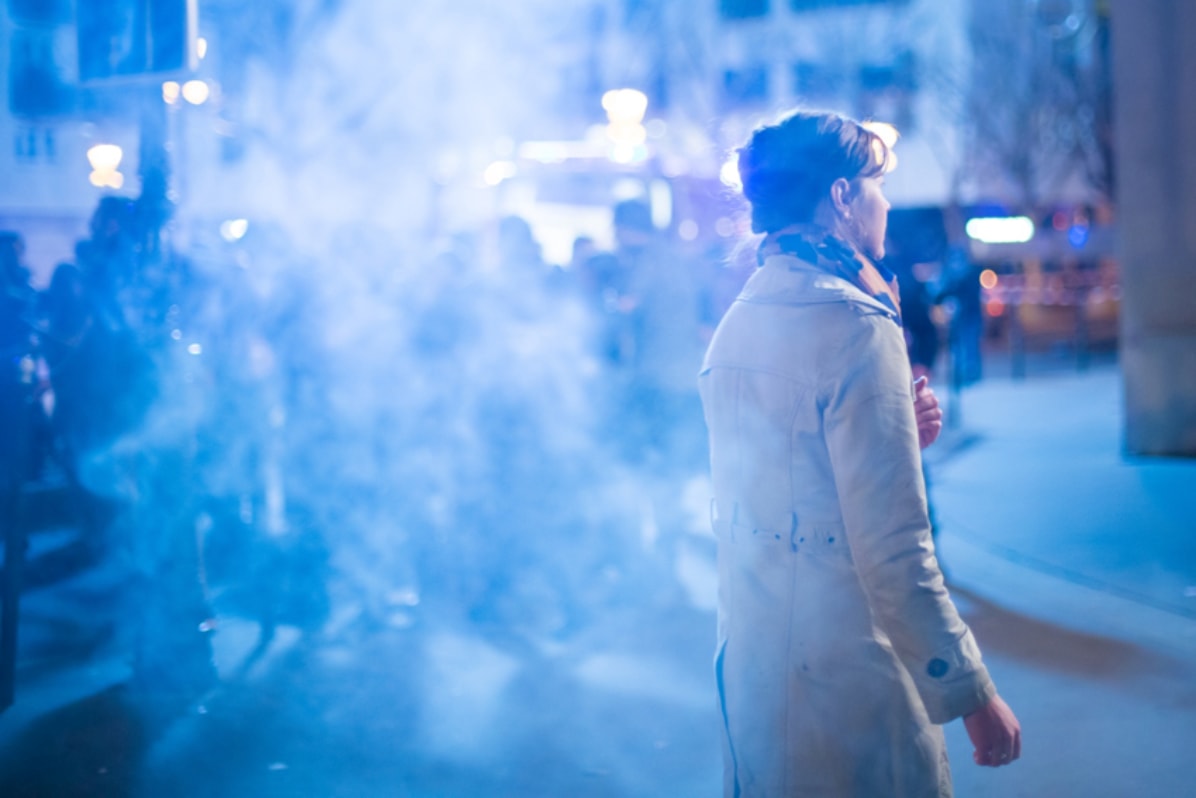 Lexus and The Weinstein Company will be premiering the first of four films to kick off the third Lexus Short Films series at Tokyo Short Shorts. This exciting premiere will take place during the opening night ceremonies of the film festival, June 2nd. Selected from thousands of submissions, Alexis Michalik, has directed this short film Friday Night which captures and highlights this year’s Lexus Short Films series’ theme of “Anticipation.” Friday Night features a story about a mother named Claire who, while visiting her daughter who is studying in France, is thrown into the midst of a city-wide attack. In a place where she doesn’t speak the language or know her way around, she’s forced to navigate in the dark of night in a desperate search to find her daughter and ensure her safety.

This premiere will be followed by an after party at INTERSECT BY LEXUS – TOKYO, a unique space located in Tokyo’s Aoyama district, which allows guests to experience Lexus through design, art, fashion and culture. The after party will be hosted by Lexus to celebrate this achievement for Alexis as well as the third series of the Lexus Short Films overall. Representatives from both The Weinstein Company and Lexus will be in attendance as well as other prominent individuals who have played a part in producing this film and bringing it to life.

The Weinstein Company co-chairman Harvey Weinstein said, “We are very excited to kick off the third series of film premieres for the Lexus Short Film and it has been an honor to be an integral part of this program alongside Lexus who truly supports the accomplishments of these emerging filmmakers and the art of storytelling.”

David Nordstrom, global branding department general manager of Lexus International, added, “We are thrilled to produce the Lexus Short Films Series with The Weinstein Company and this journey has been an incredible one thus far. Lexus appreciates the opportunity to provide support for these filmmakers to pursue their dreams and achieve greatness in their films overall.”

After being featured at Tokyo Short Shorts, Friday Night, will premiere along with the other three films from the third series of Lexus Short Films during an exclusive World Premiere event at the 2016 Napa Valley Film Festival. This event will be the first time all four films will be shown at the same time as they continue to be highlighted at screenings during other film festivals worldwide.

“The Weinstein Company strives to bring emerging filmmakers’ imaginations to life and boost their confidence and passion for film,” said The Weinstein Company COO and President David Glasser. “We are very excited for the world to experience and see these inspiring and unique films and hear their stories.”

While visiting her daughter who is studying abroad in France, Claire is thrown into the midst of a city-wide attack. In a place where she doesn’t speak the language or know her way around, she’s forced to navigate this French metropolis in the dark of night in a desperate search to find her daughter and ensure her safety.

Alexis is an actor and filmmaker who has starred in several television movies and series, such as Petits meurtres en famille, Terre de lumière and Kaboul Kitchen and feature films directed by Billy Zane, Diane Kurys, Safy Nebou, Yann Samuel, Fernando Colomo, Danièle Thompson and Alexandre Arcady. Alexis is also known for acting successfully in theater in the comedy Le Dindon, staged by Thomas Le Douarec, and Ibsen and Strindberg’s Les Fleurs Gelées. He is the founder of the theater company Los Figaros and after directing two short films, Au Sol, in 2013 and Pim-Poum le petit Panda, in 2014, Alexis continues to pursue his writing career and will direct his first feature film Escort Boys.

In 2013, Lexus Short Films was launched with the goal of supporting and nurturing a new generation of emerging filmmakers. These aspiring directors and writers have received a unique opportunity supported by Lexus to collaborate with acclaimed film studio The Weinstein Company to produce and showcase their work on an international stage. For more information, visit lexusshortfilms.com.

Since its debut in 1989, Lexus has earned a worldwide reputation for high-quality products and exemplary customer service. Lexus is the hybrid leader among luxury brands, offering hybrids that provide the best in innovative technology and premier luxury. The evolution of Lexus is reflected in the progressive designs of its new vehicles. The signature spindle grille, dynamic light treatments and sculptured lines create a distinctive look of luxury for Lexus.
http://www.lexus-int.com

ABOUT THE WEINSTEIN COMPANY

The Weinstein Company (TWC) is a multimedia production and distribution company
launched in October 2005 by Bob and Harvey Weinstein, the brothers who founded Miramax Films in 1979. TWC also encompasses Dimension Films, the genre label founded in 1993 by Bob Weinstein. During Harvey and Bob’s tenure at Miramax and TWC, they have received 351 Oscar nominations and won 82 Academy Awards.